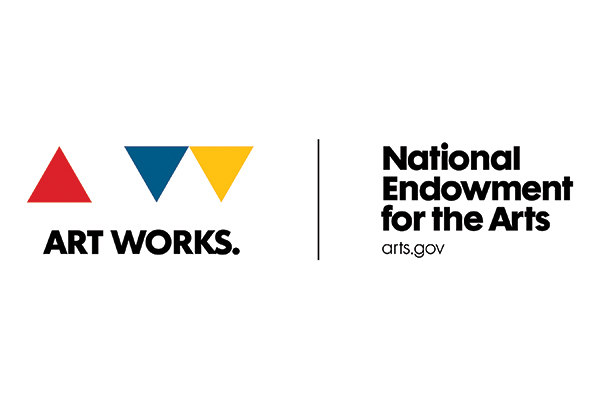 Iowa City, IA—National Endowment for the Arts Chairman Jane Chu has approved more than $82 million to fund local arts projects and partnerships in the NEA’s second major funding announcement for fiscal year 2016.  Included in this announcement is an Art Works award of $10,000 to The Englert Theatre and Mission Creek Festival to support the festival’s 2017 literary programming, Other Voices, reflecting on a theme of diversity in literature.

This is the second year in a row that the Englert and Mission Creek have won the $10,000 Art Works award to support literary programming. The Art Works category supports the creation of work and presentation of both new and existing work, lifelong learning in the arts, and public engagement with the arts through 13 arts disciplines or fields.

“The arts are all around us, enhancing our lives in ways both subtle and obvious, expected and unexpected,” said NEA Chairman Jane Chu. “Supporting projects like the one from The Englert Theatre and Mission Creek Festival offers more opportunities to engage in the arts every day.”

Mission Creek Festival 2017’s literary theme, Other Voices, will focus on representing diversity in literature along lines of gender, sexuality, race, nationality, class, ability/disability, and form. Representing a range of voices has always been in the DNA of Mission Creek’s literary programming. In 2017, we will make an even greater effort to bring overlooked and unheard voices to the forefront of our festival stage.

“I commend the festival’s efforts to ensure that the literary voices of passed-over, underground, and underrepresented authors are heard,” writes Iowa Writers’ Workshop director Samantha Chang in a letter of recommendation for grant support. “Such programming has always been at the heart of Mission Creek Festival and because of it, this event remains an undeniable enrichment to literary and cultural life in Iowa and the surrounding states.”

The NEA grant will support:

Writers in Residence: A four-day, outreach-oriented residency for established writers. Engagements include youth outreach, lectures and discussion sessions with undergraduate and graduate students at the University of Iowa, collaborations with local artists working in other mediums and more. Past residents include Roxane Gay, Cornelius Eady, and Brian Evenson.

Emerging Authors Readings: A core component of the Mission Creek Festival is support of and engagement with new and emerging writers from across the U.S. These readings bring some of the most exciting young talent to Iowa City to engage in direct dialogue with new and wider audiences.

Literary Walk/Lit Crawl:The literary walk takes place on the Friday night of the festival each year. The literary walk features ten readings in ten venues over three hours. Each reading features publishers and the exciting authors and writing being published. In total, this walk includes approximately 75 local and national writers representing more than 15 publishers from across the country. In 2014, the literary walk drew a total audience of 590 attendees.

Independent Press and Literary Magazine Book Fair: Hosted inside one of Iowa City’s legendary live music venues, The Mill, Mission Creek’s annual book fair brings editors from publishers all of the country and the world. In 2016, the fair will also host presses working in the realm of graphic literature.

Artist Roundtables: Artist roundtables during Mission Creek bring together writers with artists from other disciplines for discussion sessions on craft.

Youth Workshops: Author-led workshops with middle- and high-school-aged youth as well as public readings of their work.

The theme of the 2016 festival literary programming was Literature Within and Beyond Text which explored literary themes in traditional forms as well as nontraditional forms, including graphic novels, zines, monologues, video essays, and more. Programming included graphic novelist Alison Bechdel and ICE CREAM: The Iowa City Expo for Comics & Real Eclectic Alternative Media.

To join the Twitter conversation about this announcement, please use #NEASpring16. For more information on projects included in the NEA grant announcement, go to arts.gov