Author’s note: This is an excerpt from my in-progress thesis, which is about my experience with campus evangelicalism. I’m interested in using memoir as a kind of support beam for other modes of essaying, and in this section, that other mode is music criticism. In other sections, in addition to my personal narrative, I use interviews, literary criticism, and other research to look at what drove me and other students to become involved in these collegiate church groups.

Dad had a copy of R.E.M.’s greatest hits in his truck’s CD player for years, it seemed. I’d
roll my eyes when he turned the key and those same songs came out of the stereo, the start of
that hypnotizing bassline of “Man on the Moon,” though eventually I came to love them, too, and came to understand obsession through them. I can’t listen to “Losing My Religion” just once; I play it over and over and over again. It is definitively uncool to worship a band’s most popular song, as to be a “real music fan,” according to the gatekeepers, is to love the deep cuts and the B-sides that only other fanatics know about. But I can hardly be faulted for the fact that R.E.M. just so happened to write a perfect song that just so happened to explode internationally. And while I do not love it for nostalgic reasons, there is comfort in reentering a song whose architecture I can walk around in with my eyes closed, just as there is comfort in being able to spot someone I love by their walk, or their handwriting, or the way their chest rises and falls as they breathe.

It is captivating from its first second, when that unlikely mandolin riff enters as the drums
break open. There’s something magical, too, about the way Stipe’s vocals arrive suddenly like
annunciation, his voice a bit gruff but still languid: “Oh, life is bigger / it’s bigger than you / and you are not me,” that repetition a slow build, like he’s taking a few steps forward, but he’s uncertain about where he’s going.

It turns out “Losing My Religion” isn’t about God at all—at least, that’s what Stipe
claims. The phrase itself is Southern, Stipe has explained to countless interviewers in the thirty years since the song was released, and just means “losing your composure,” or “being at the end of your rope” because something isn’t going your way, or someone isn’t treating you the way you want them to. As a kid I thought the line “that’s me in the corner / that’s me in the spotlight / losing my religion” was about sex. “Religion” to me was associated with rules and restrictions, so I thought this was a slightly quieter way to reference the loss of virginity. But Stipe says the song is just about the narrator’s exasperation with an unrequited crush who can’t see him simultaneously hidden and displayed in the corner, in the spotlight. He’s compared it to The Police’s “Every Breath You Take.” “It’s just a classic obsession pop song,” he’s said. As one critic described it, “the narrator is getting fed up with trying to subtly display his feelings, only to be ignored.”

I’m unwilling to give up the whole God angle just yet. I’d like it to tell both stories. There
are other religious references that lead me to that interpretation, or rather phrases doing doubleduty, like “choosing my confessions,” “brought me to my knees.” The music video was inspired by Gabriel Garcia Marquez’s “A Very Old Man with Enormous Wings,” and in the story, an
elderly man with “buzzard wings, dirty and half-plucked” has fallen from a celestial sphere into a family’s courtyard. No one knows what to do with him, the family and neighbors alike frustrated by his sudden arrival and the inconvenience of his presence. Eventually new feathers begin to sprout on his mangy wings, though he makes sure no one can see him as they grow, nor hear him singing his sea shanties as he heals. He finally manages to take flight again, “with the risky flapping of a senile vulture,” and the mother of the family watches him out her kitchen window until she can’t see him anymore, when he finally becomes “no longer an annoyance in her life but an imaginary dot on the horizon of the sea.”

In the video, the elder angel falls to Earth from what the director has called the “heavenly abode,” the verdant home also inhabited by a lithe Saint Sebastian, back bent and torso pierced with arrows, and a host of other exquisite gay angels. Caravaggio tableaus illustrate the angry, confused townsfolk, and engineers sketch da Vinci–esque blueprints as they unravel the mystery of the workings of his wings and create a new mechanical pair. Maybe they are building him new wings so he can fly home, but I see instead them building their own wings for themselves, taking the magic that had made the angel different, and hated, and turning it into machine and capital. Then, unlike in Marquez’s story, they watch him die.

Stitching all these snippets together is Stipe flailing around in a darkened room, like a
trapped bird. There’s a large window open, and outside it is raining, and he could escape if he
wanted to, but he doesn’t. At least, not literally, physically. There’s a moment in which Stipe is standing in front of his own pair of outstretched white feathered wings, the sleeves of his white dress shirt rolled above his elbows, and he falls forward (“brought me to my knees”) as if plunging to Earth himself, only to become a new nuisance, or as if stricken by God without warning, or, if we choose to see it this way, as if he’s finally had enough, and cannot bear this holiness any longer.

There is also the matter of miscommunication and misunderstanding, of making something out of nothing. “I thought that I heard you laughing / I thought that I heard you sing / I think I thought I saw you try,” sounds, yes, like a man besotted, turning his romantic interpretations into fact, but what is a crush but a devastating, all-consuming, irrational obsession? So it also sounds like a desperate believer howling at the sky, asking God why he won’t talk to him.

By the song’s end, Stipe’s narrator has convinced himself that he’s fabricated everything,
that any reciprocated affections he identified were all in his head. “That was just a dream / just a dream / dream” are the final lyrics, a reverse of the opening’s repetition, losing steam now, not gaining it. Now he spirals inward, his voice no longer straining, just defeated.

God seemed to be talking to every member of Cru except me. They’d imply, or state outright, that God was the reason for their latest whims. “God has put it on my heart,” they would say, “to change my major to business” or “to spend my winter break proselytizing in Australian dive bars” or “to become full-time Cru staff, and I hope he’s put it on your heart to help me make it happen.”

“I want someone to look at me and see Christ,” I wrote in my Jesus journal, but the only people I’d known for whom that had been true—the only people I’d ever seen and thought, just from looking at them, “now that person gets Jesus”—had glowed with fearless contentment, the kind that is only possible with total certainty. I wasn’t doubtful in the sense that I did not believe in God. I believed in his existence completely. What I doubted was that he believed in me, like everybody said he did, that he’d really “chosen” me. If he had, I thought, wouldn’t he talk to me? Now I wonder if he tried and I just didn’t recognize his voice, or if I couldn’t hear him over the sound of my own desperation. 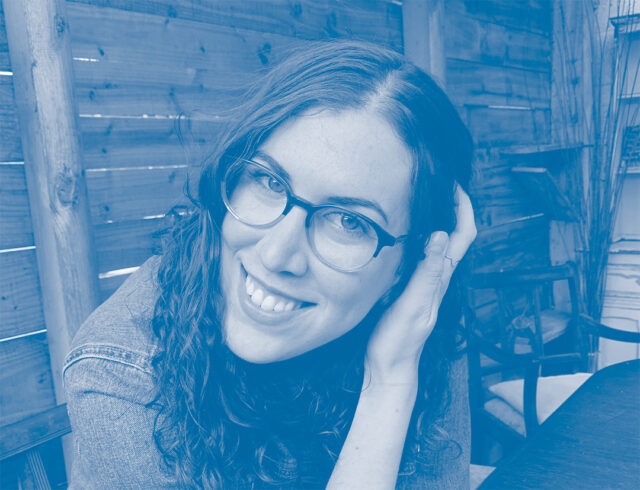 Jess Kibler is the third annual Englert Nonfiction Fellow. Kibler is a third-year MFA candidate in the Nonfiction Writing Program at the University of Iowa. She is a graduate of Oregon State University, where she studied English and creative writing, and before moving to Iowa City, Jess worked as a bookseller and copywriter in Portland, Oregon. She writes about music, queerness, American evangelicalism, and growing up in the Pacific Northwest, and her essays can be found at Bitch Media and Catapult.