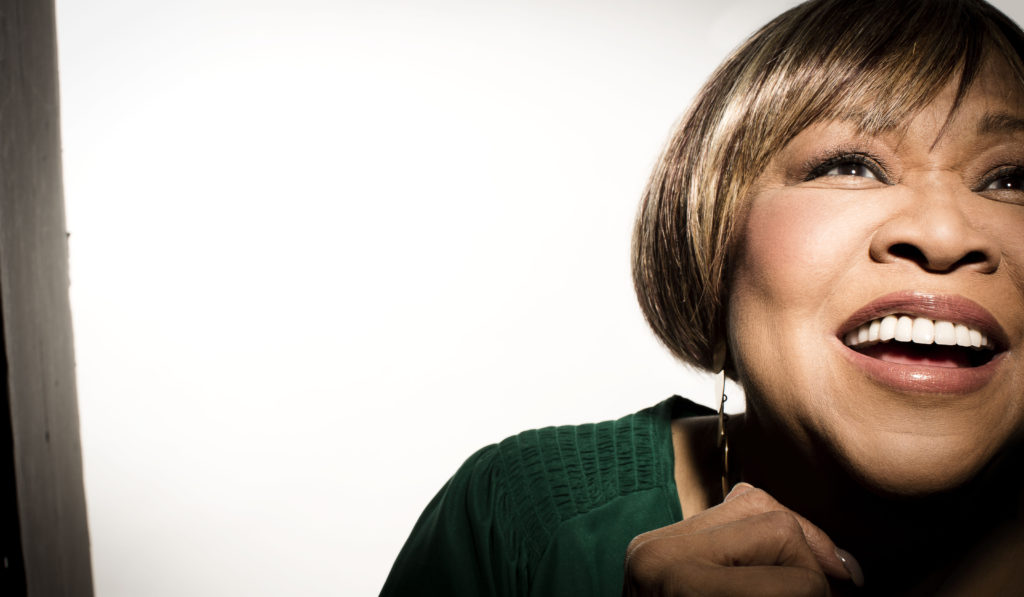 There are few living musicians who can lay claim to being the voice of America’s conscience, and even fewer who continue to make vital music. For six decades Mavis Staples has been the solid rock of American music.

Alongside the family group she is so identified with, the Staple Singers, Mavis has managed to transform herself as she goes, yet never alter. From the delta-inflected gospel sound she helped create in the 1950s (“Uncloudy Day”), to the engaged protest of the civil rights era (“Freedom Highway”), and then, amazingly, on pop radio in the 1970s with a series of chart hits (“I’ll Take You There,” “Respect Yourself,” “Lets Do It Again”)–through all these, Mavis carried on, her warm embrace of a voice the only constant.

On their second collaboration, the Grammy-nominated 2013 album One True Vine, the legendary singer and her producer, Wilco leader Jeff Tweedy, have crafted a gospel album for the 21st century. On the record, Mavis gives voice to something new in her repertoire, something deeper and more resonant with our times. Where her Stax-era hits spoke for a growing black social consciousness, and her seventies collaborations with The Band gave spiritual weight to the rediscovery of traditional American music, Jeff Tweedy has crafted a pulpit from which Mavis lends her voice to a search for grace.

Staples is a Rock and Roll Hall of Famer, a Grammy Lifetime Achievement Award winner, and a National Heritage Fellowship Award recipient. VH1 named her one of the 100 Greatest Women of Rock and Roll, and Rolling Stone listed her as one of the 100 Greatest Singers of All Time. Her previous album, the Tweedy produced You Are Not Alone, won the Grammy Award for Best Americana Album in 2011, adding a remarkable new chapter to an already historic career. Yvonne Staples, backing vocals from 1969 until patriarch Roebuck ‘Pops’ Staples’ death in 2000, the Staple Singers were configured as a quartet, with Pops and Mavis joined by Cleotha and Yvonne Staples. The clan’s musical signatures were Pops gospel-based songwriting, reedy tenor and bluesy guitar, Mavis’ rich, raspy vocals and precise phrasing, and the supple, ringing harmonies of Cleotha and Yvonne, who also acted as the band’s manager.