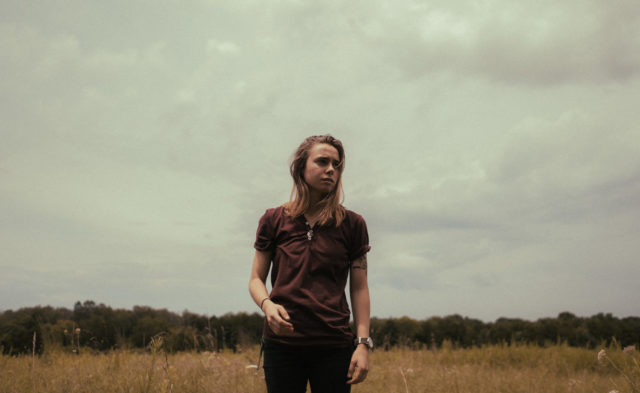 Despite her youth, Julien Baker has already become a standout known for writing music of exquisite beauty and thoughtfulness. 2015’s Sprained Ankle, a sparse and ruminative album focused on Baker’s words, voice, and guitar, was widely acclaimed and ended up on almost every year end “best of” list. Last year’s Turn Out the Lights proved that Baker’s first album was no accident: brimming with bleak beauty that leaves listeners feeling a sense of hope, rather than despair, the new album proved equal to her first solo effort in demonstrating a catharsis anchored in empathy and vulnerability rather than anger. Baker’s set promises a heartfelt cap on the Saturday evening of Mission Creek: she plays Gabe’s at 10:30, following the lush sonic soundscapes of Kaitlyn Aurelia Smith at 9:00 and Iowa transplant Squirrel Flower at 8:00.

Aside from talent, which is abundant, what is it about music that you think allows you to create the kinds of truth at the depths of your songs? As opposed to, say, sculpture? Are there other kinds of art forms that inspire you, or do you find nourishment primarily through music, also?

I think what fascinates me is expression. I enjoy stories and the act of relating to others’ experiences and emotions because that’s what is at the heart of any art. I really enjoy reading, and visual arts— I draw a little bit but not in any disciplined way. I do have an immense admiration for visual arts, specifically painting and photography because to me it seems like the artist has to accomplish a very difficult task of communicating or evoking emotion often (thought not always) without using words. In a book, you can explicitly describe a place or emotion, but as a visual artist the objective is to try to convey an emotion or represent an entire narrative with just an image.

Also, I think that there is something of artistic value in things we don’t label art, so there are overt forms of expression like music, poetry, painting, etc. and then there are the more covert artistic endeavors — people’s clothes, or the way they decorate homes or their desk, for instance, that are also interesting and telling about people. It seems like, to me, daily life is rife with art that is communicating a message about the people it’s attached to, so I when I think about where I derive inspiration, I think about the constant practice of [being] aware and ready to identify those messages in a subway ad or in a pamphlet or a person’s shirt, wherever.

At what stage of a song’s life do you feel most comfortable? When you’re writing sketches and drafts? When you’re recording? When you’re performing? When is it that you think you know the song best?

I have a hard time believing that a song is ever totally done. I always feel like in the writing and recording process there are always infinitely more possibilities for where a song could go. So much about writing is just being willing and open to exploring those possibilities. Maybe that’s why I enjoy the performance aspect of music so much, because in a live setting, you have the most freedom to improvise and change the song to fit how you are feeling. Having that fluidity is what makes live sets feel organic and special, whereas with a recorded version of a song, it’s sort of concrete and immovable.

What is your favorite song to cover — for yourself or in performance — and why?

I really like to cover the song “Doesn’t Remind me” by Audioslave, and I enjoy doing a piano version of Jawbreaker’s “Accident Prone”. I think what makes those covers feel so interesting is that they are both these classic rock/punk songs, the original versions both have full band arrangements with powerful drums and overdriven guitars, and they are very aggressive songs. But to me, the thing that stuck out about these songs is the sam, the incredibly moving poetry of the lyrics. That’s what matters to me more than any other part of the song and when I play them I just want to strip away everything else so that the words really shine through, that’s the fun part about reworking them, trying to uncover the beauty of the lyrics and find the way to best expose that in the arrangement.