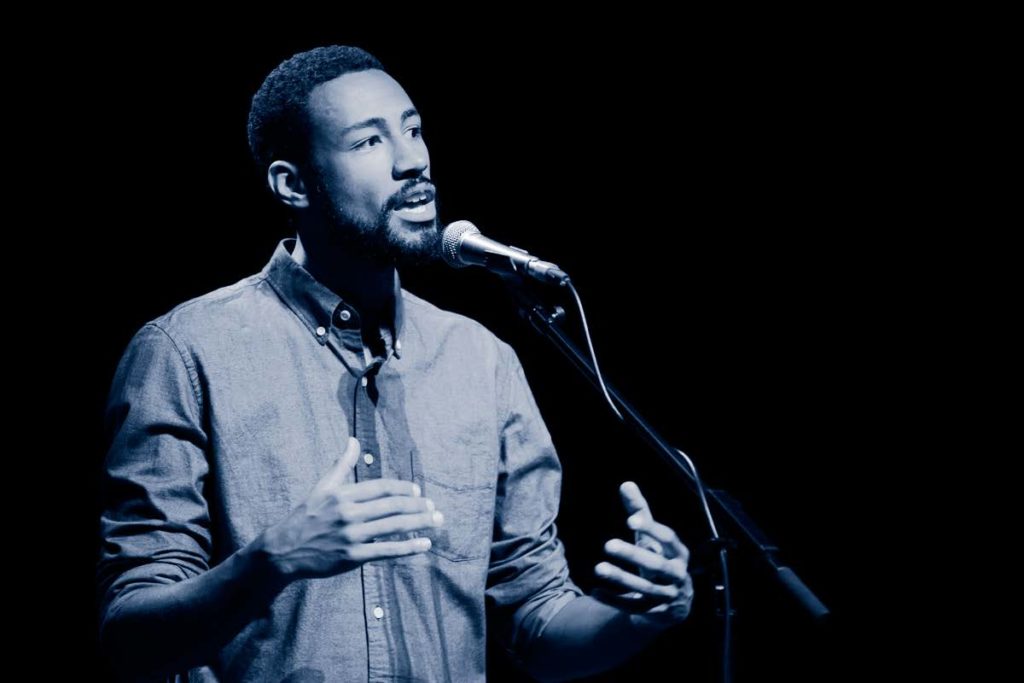 Editor’s Note: The following interview was conducted before the outbreak of the COVID-19 pandemic. We have decided to publish the interview in its entirety as a celebration of Mission Creek and its history. We look forward to being able to celebrate with all of our patrons in the future. For information about Mission Creek Festival 2020, please visit MissionCreekFestival.com

How did Mission Creek come to fruition in Iowa City?

So, Mission Creek originally began in the SF Bay area, it was the project of an arts worker named Jeff Ray, and it was the MCMAF (Mission Creek Music and Arts Festival) in the Bay Area, and he started many years ago. When I was living in California, I became friends with Jeff and ended up collaborating with him on the festival out there. When I moved to Iowa City he recommended the possibility of starting something similar, like a partner festival that could exist in this market, and I ended up working with a guy named Tanner Illingworth, we were both students at Iowa at that time and we came together and decided to put together the original version of Mission Creek Festival in Iowa City as a music and literature event and we did the first festival in the spring of 2006. From there it just grew organically into the event that it is today.

What is your favorite memory from Mission Creek?

(Laughing) That’s a ridiculous question! There are lots of great memories. I think the first amazing memory I had of MCF was the first year. It was an idea where we had no idea if it was going to work… I don’t think we cared from a financial perspective if it was going to work, but as an arts and culture and community event we really cared. During that first year this band called Tapes ‘n Tapes played at the Mill on the Friday of the festival and it was an absolutely oversold and huge show. We hadn’t seen that kind of energy at a show before where people felt excited that this band was coming to their town and engaging with their community and which some bands, some of them were local and some were not, we were just creating this unpredictable, fun show environment where students and people who just lived here could all interact and engage at one time. I think that was for us, either on the surface or beneath the surface, kind of a sign that this particular kind of activity would be welcomed in this town.

What is the impact on the larger community?

I think the impact on the community comes in a lot of different shapes and forms. One of the most common is just talking to people who feel like their existence, their state of mind is seen simply by this festival existing and that a certain type of approach to culture is represented by the festival which is to be curious, to be independent, to take chances on things, to honor those people who are being independent before us. I think all of those things are celebrated by Mission Creek and when people talk about it, that’s why they’re so happy it exists, that’s the signal to us that it’s working. I think one of the best compliments that we get, which is a frequent comment, is from people who are just like ‘Hey, I don’t know any of these bands or any of these writers that are on the lineup and I’m super excited to find out about them at the festival’ Just that people are willing to be curious is cool.

While mainstream festivals across the country continue to receive criticism for a lack of diversity amongst their lineups, MCF has upheld a standard of artist diversity for many years now. Where does this commitment stem from?

I think our commitment to diversity stems from a lot of things. One, as a curatorial team has changed and evolved over the years, I think on some level that’s just the values of the team, so naturally on some level it’s going to be a pretty diverse festival in terms of the perspectives of the different artists that are Spring 2020 | 5 being represented. On another level a few years ago, I think we also realized that we need to be super intentional about it and not just leave it to the whim of us organically coming to those conclusions just to ensure that there was a great gender balance on stage and that we were representing a lot of different cultures, from an ethnicity standpoint from a racial standpoint, just from different voices being heard and seen on stages and in bookstores. So I think we combined our natural values and then also put them in writing so that guide would be there just for us, so we’d remember how and why we’re doing things as well as for future curators and producers to know.

What has the multi-venue format of Mission Creek meant for the overall development of the festival?

The multi-venue format has meant different things over the life and many chapters of mission creek. It first originated in that form because that’s how it existed in San Francisco and that seemed like a natural fit for what existed here. The first year of the festival our main venues were the Yacht Club, Gabes, and the Mill. It was like, hey all these clubs are very close to each other and you can walk between them so why wouldn’t we do that. Then we continued to grow. I think at our peak venue years or peak attendance years we were at Hancher which is obviously much bigger than even the Englert, Now I think the venues we’ve chosen, in particular the programming at the Englert, Gabes, Yacht Club, The Mill, Prairie Lights Bookstore, Big Grove and a number of other venues… I think to us now it’s all about intimacy. The festival market has grown and changed in many ways since 2006, that when we look at what’s in Iowa City, what Iowa City is, where Iowa City is, we’re like, you know what? We’re not gonna build this massive festival by the numbers but we can build a highly curated, super intimate experience festival, so that whether you’re a super nerd on all the writers and artists or you’re just taking a chance on it, you can walk into the room and have your life changed because you’re so close to other people and so close to the artists on stage. I think we’re now really happy that the Englert is the biggest room, because the Englert is really intimate when you think about all the other sorts of venues that exist in the world, so we like having it be these really warm experiences.

When we get artists to stay for a couple of days they tend to relax and dig into other things that are being offered. When we get artists to really chill out they’re all in. That is something we’re trying to explore a little bit more. Now we have artists that are playing two days, so they have multiple engagements with the festival. This year we have some artists that are doing both the lit and the music side of things, like Adia’s doing that, Tasha’s doing that.. That kind of engagement gets them here and keeps them here. We have some artists who are curious about other stuff. Lucy Daucus was freaking out about Garth Greenwell’s new book and then she realized that Garth is at Mission Creek. We were like ‘we can introduce you’ and Garth is stoked… it’s like all these connections are happening and it’s small enough that you can actually see the other stuff you’re interested in.

How does the focus on literature, which is different from a typical music festival, enhance the festival and regular programming at the Englert?

I think literature is an important part of this community and the Iowa City vibe. From the beginning of the festival that was something that we honored… Like Austin, Texas has always been a film town, in addition to being a music town. Iowa City has always been a book town. Initially we just did literature as a way to honor Iowa City. There are a lot of writers here and there are a lot of writers who come through here and there are a lot of writers who are happy to come here. Now as the festival is older we are thinking about two things, one is how do we use Mission Creek to create community for writers? It’s a sometimes very lonely activity and sometimes it’s really hard to have your network of writer friends, so how can we create community for writers and people involved in writing as well as an outlet for the readers of independent literature? And increasingly as we look towards the next 15 years I think we want to be able to support writers from all different sorts of backgrounds in Iowa City. There’s lots of support for the MFA community of writers, how do we bring undergraduate writers deeper into the fold? Writers at large who didn’t attend Iowa? People who are older now and they’re thinking they want to be more engaged with writing? How do we bring high school students more into it? How do we actually create some energy to the IC based writing community both in the MFA culture and also beyond it.

I think we’re trying to combat the idea that it’s ridiculous that a festival is taking place in Iowa City because it’s not Chicago or Kansas City or Minneapolis. This festival actually exists because of the undercurrent of literary culture, of curiosity, of music, and just art and love for culture that exists here. We didn’t have to graft a festival onto Iowa City, it was easy to build it on things that already existed. That doesn’t mean it wasn’t a lot of work, in that we are great at bringing everyone in through the doors, but the foundation is there. It’s on us to keep building upon that.